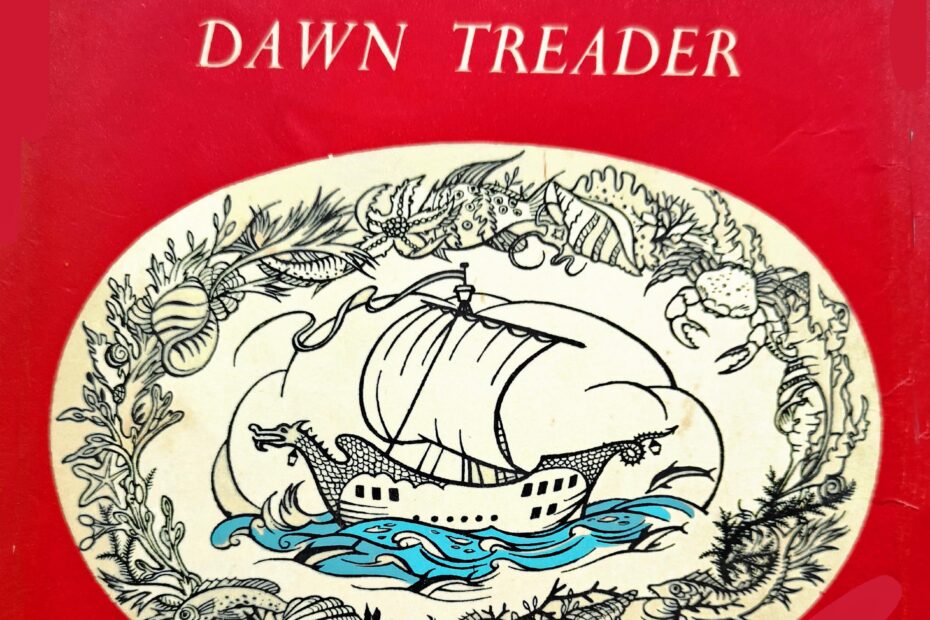 Everybody’s doing it — looking back seventy years to the time of Queen Elizabeth’s accession to the throne. But was 1952 a good year for books? Are we still reading any of those titles, seventy years on?

Some enduring classics first appeared in 1952: Men at Arms, for instance, the first in Evelyn Waugh’s Sword of Honour trilogy, still widely read today; and Lieutenant Hornblower by C S Forester, the third novel in his Hornblower sequence.  Doris Lessing began her Children of Violence series with Martha Quest, semi-autobiographical and set against the troubled background of Southern Rhodesia.

No round-up of novels published in 1952 would be complete without Agatha Christie. Mrs McGinty’s Dead features Hercules Poirot and Ariadne Oliver, and is the first in which Ariadne makes more than a fleeting appearance.

How about 1952’s children’s books? The Voyage of the Dawn Treader was the third of C S Lewis’s much-loved Narnia stories, with memorable characters such as Reepicheep and the Dufflepuds. A decade after its publication, our junior school teacher read it to us, a chapter at a time, and oh! the agony of having to wait for the next instalment!

Another children’s classic appeared in 1952 — The Borrowers by Mary Norton. These tiny people, allegedly living unseen in some old houses, have fascinated generations of readers (young and old) as they make use of things we discard: cotton reels make excellent tables. The presence of Borrowers is the only explanation for the way small items disappear even after we’ve put them away somewhere safe. A Borrower has found a use for them, and we won’t get them back.

The prolific Enid Blyton was at the height of her fame in 1952, when Five have a wonderful time appeared, the eleventh in her Famous Five series. In and out of (critical) favour many times over the last seventy years, she’s still a writer beloved by many.

Let’s hope we all have a wonderful time reading and writing in this Jubilee Year!

We use cookies on our website to give you the most relevant experience by remembering your preferences and repeat visits. By clicking “Accept All”, you consent to the use of ALL the cookies. However, you may visit "Cookie Settings" to provide a controlled consent.
Cookie SettingsAccept All
Manage consent

This website uses cookies to improve your experience while you navigate through the website. Out of these, the cookies that are categorized as necessary are stored on your browser as they are essential for the working of basic functionalities of the website. We also use third-party cookies that help us analyze and understand how you use this website. These cookies will be stored in your browser only with your consent. You also have the option to opt-out of these cookies. But opting out of some of these cookies may affect your browsing experience.
Necessary Always Enabled
Necessary cookies are absolutely essential for the website to function properly. This category only includes cookies that ensures basic functionalities and security features of the website. These cookies do not store any personal information.
Non-necessary
Any cookies that may not be particularly necessary for the website to function and is used specifically to collect user personal data via analytics, ads, other embedded contents are termed as non-necessary cookies. It is mandatory to procure user consent prior to running these cookies on your website.
SAVE & ACCEPT