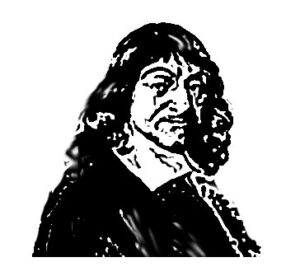 Why do I do it? I have a degree in History and postgraduate qualifications in Teaching and Archaeology. By now I could be running a chain of Academies or kneeling at the bottom of a hole in the ground uncovering the secrets of The Bronze Age in Western Europe and expounding upon them to Tony Robinson, four million viewers (give or take) hanging on my every word. But I had to write, a kind of nervous habit; one of those obsessive-compulsive disorders which, according to recent psychological research, prevent you from getting on with your life.

The world is not ordered to my liking, as I discovered when, at the age of five, it was borne in on me that I would have to attend school not for one day only, but for every day, all day for the foreseeable future – in other words, the rest of my life.

School – in my experience – was not fair. It was not Utopia. It was not the New Jerusalem and, above all, it was not the balmy groves of academe. Birchgrove Juniors was a stone-built prison where resentful inmates plodded through dull books and chanted “five times seven is thirty-five, six times seven is forty-two…..” Nobody ever told us why. If this were not bad enough, for some reason known only to small childish brains, my fellow prisoners failed to see any social allure in a dreamy slightly scruffy posh kid with buck teeth. So I went to live elsewhere.

Sian World was a place where a girl called Sian, with long golden hair and straight teeth, followed by a gang of fascinated acolytes, got involved in a series of exploits, many of them comical, in which smart kids, teachers’ pets, strict teachers, horrid boys, park keepers and other enemies of Sian were brought low. The World evolved over the years, but, once you’re in you can never leave, even if the other half of your brain manages to grow up. I am a fantasist…..

The most obvious career for someone with such capabilities is Crime, but, though my qualifications are peerless, I failed the interview. According to the feedback I did not present myself well. My clothes were not smart enough, I lacked confidence and my personal statement was unconvincing. You need passion, these days, to become a successful criminal; and commitment. Competition is intense and I could not convince the gatekeepers of the Crime Academy that my personal mission in life, the entire focus of my being, is to flog dodgy financial products or convert the life savings of unwary pensioners into vast corporate profits. Openings in the lower end of the organisation still existed – breaking and entering, for example, or a wide variety of car crime, but, I was kindly advised, for blue-collar work of this sort I was over-qualified.

After a brief flirtation with Politics (wrong gender, wrong attitude – I actually believe in stuff!), I became a writer. There are no qualifications, no entry fee, no interviews. Of course, you have to sit down and do it, and most of us need to share ….but that’s for future bulletins. All I can say now is I write, and nothing will stop me. To paraphrase Descartes, I write therefore I am……

We use cookies on our website to give you the most relevant experience by remembering your preferences and repeat visits. By clicking “Accept All”, you consent to the use of ALL the cookies. However, you may visit "Cookie Settings" to provide a controlled consent.
Cookie SettingsAccept All
Manage consent

This website uses cookies to improve your experience while you navigate through the website. Out of these, the cookies that are categorized as necessary are stored on your browser as they are essential for the working of basic functionalities of the website. We also use third-party cookies that help us analyze and understand how you use this website. These cookies will be stored in your browser only with your consent. You also have the option to opt-out of these cookies. But opting out of some of these cookies may affect your browsing experience.
Necessary Always Enabled
Necessary cookies are absolutely essential for the website to function properly. This category only includes cookies that ensures basic functionalities and security features of the website. These cookies do not store any personal information.
Non-necessary
Any cookies that may not be particularly necessary for the website to function and is used specifically to collect user personal data via analytics, ads, other embedded contents are termed as non-necessary cookies. It is mandatory to procure user consent prior to running these cookies on your website.
SAVE & ACCEPT