We could write our way through the pandemic, couldn’t we? 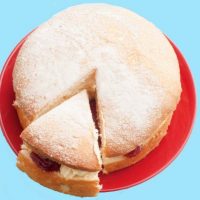 Well, we could try. But sometimes a lack of energy, time, and all that other stuff you need makes it seem impossible. Excuses! Excuses! Except they’re not excuses now are they? Not since March 2020.

People are meant to have more time to be creative, apparently.  That could be the case, but everything just takes longer these days.

‘You could join a writing group,’ they said.  ‘It doesn’t even have to be scary,’ they said. This advice was given to me ten years ago, long before Covid 19, when I talked to friends about my attempts at writing.

Since then, and for the last eight years, I’m lucky to have been part of a brilliant writing group that has not only helped me to keep writing, but also to keep going throughout this bizarre year.  The Wednesday writers have been a consistent support, every single week from the initial lockdown onwards, when helping each other has been more vital than ever.

Of course. like everyone, we miss meeting face to face, after so many years of meeting that way. But now everything is online, either zoomed, emailed, or delivered by DPD Dave.  (There is an actual person called DPD Dave and I’ve met him)

We were doing great till new restrictions came into force, but since then we’ve only managed to meet twice. All of us Wednesdays got overly excited in the summer when we met in our friend Wendy’s garden and again outside my house in the woods. Times were sunny. Sadly, the cake and coffee are now missing from our lives. It’s not the same seeing a picture of a Victoria sandwich if you can’t actually taste or smell it, however beautiful it looks.

But – nothing stops us Wednesdays! And there’s been something methodical, meditative almost, about keeping going with our writing and sharing our chapters and feedback with each other every week via email.

Skipping off to the world that contains your characters, checking out what they’ve been up to while you were busy taking the dog to the vet, watching the news (please, not again), looking after your parents, partners, children, neighbours, or busy dealing with whatever dragged you away from your protagonist the week before, is a solace of sorts

Sitting in front of my laptop screen tapping away at the keyboard has helped me to forget the outside world and its chaos, even if it’s just for a couple of hours a week.

And the characters demand attention! Lately it has seemed dangerous for any of us to take our eyes off our main characters – they have been more and more inclined to get up to all sorts of mischief when left, between Wednesdays, to their own devices… Who knew they would end up having lives of their own?

Between us, our writing group has managed to churn out thousands of words over the years, with seven published novels, and more in the pipe-line. Though our online existence means the cake and coffee are missing, the company is still very much there.

Have to dash – the news is on – or maybe I could just get back to the next chapter.

We use cookies on our website to give you the most relevant experience by remembering your preferences and repeat visits. By clicking “Accept”, you consent to the use of ALL the cookies.
Cookie settingsACCEPT
Manage consent

This website uses cookies to improve your experience while you navigate through the website. Out of these, the cookies that are categorized as necessary are stored on your browser as they are essential for the working of basic functionalities of the website. We also use third-party cookies that help us analyze and understand how you use this website. These cookies will be stored in your browser only with your consent. You also have the option to opt-out of these cookies. But opting out of some of these cookies may affect your browsing experience.
Necessary Always Enabled

Any cookies that may not be particularly necessary for the website to function and is used specifically to collect user personal data via analytics, ads, other embedded contents are termed as non-necessary cookies. It is mandatory to procure user consent prior to running these cookies on your website.